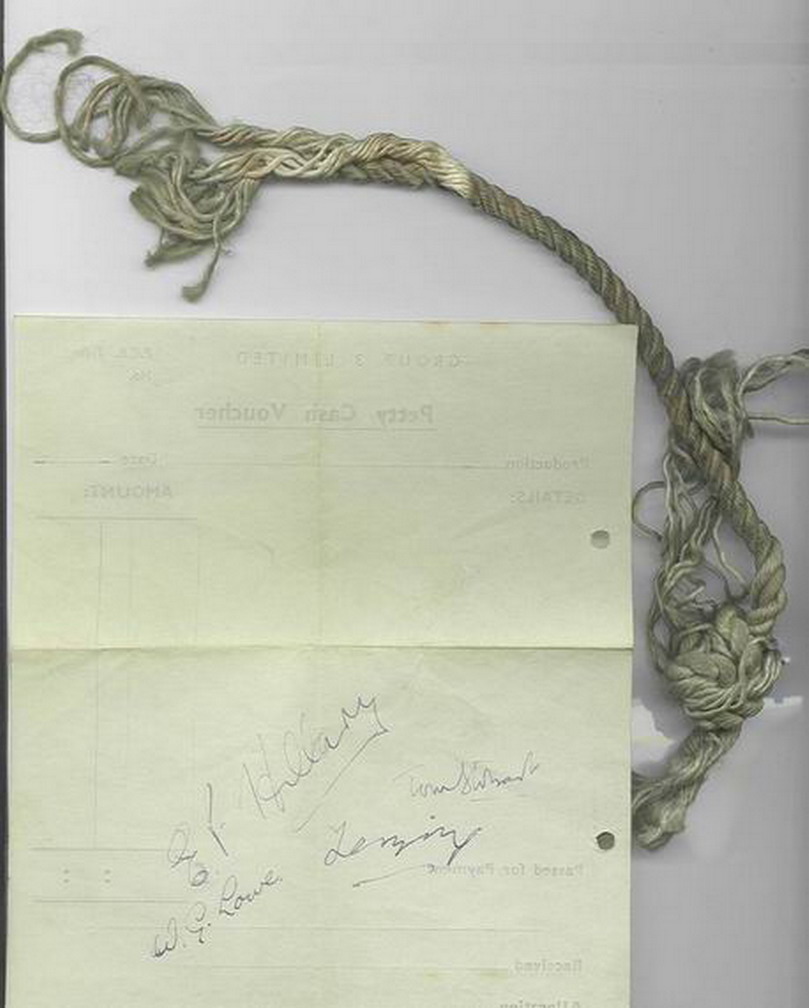 A sheet of paper headed ‘Group 3 Limited, Petty Cash Voucher’ boldly signed to the reverse in fountain pen ink by Edmund Hillary, Sherpa Tenzing, Tom Stobart (filmed expedition) and W.G. Lowe. These autographs were signed in 1953 upon descent from Mount Everest. They were obtained by a British cameraman who filmed the crew just after they descended. This piece comes together with an original 12″ long piece of knotted rope that was used on the expedition and given by Hillary to the recipient. An incredible item.