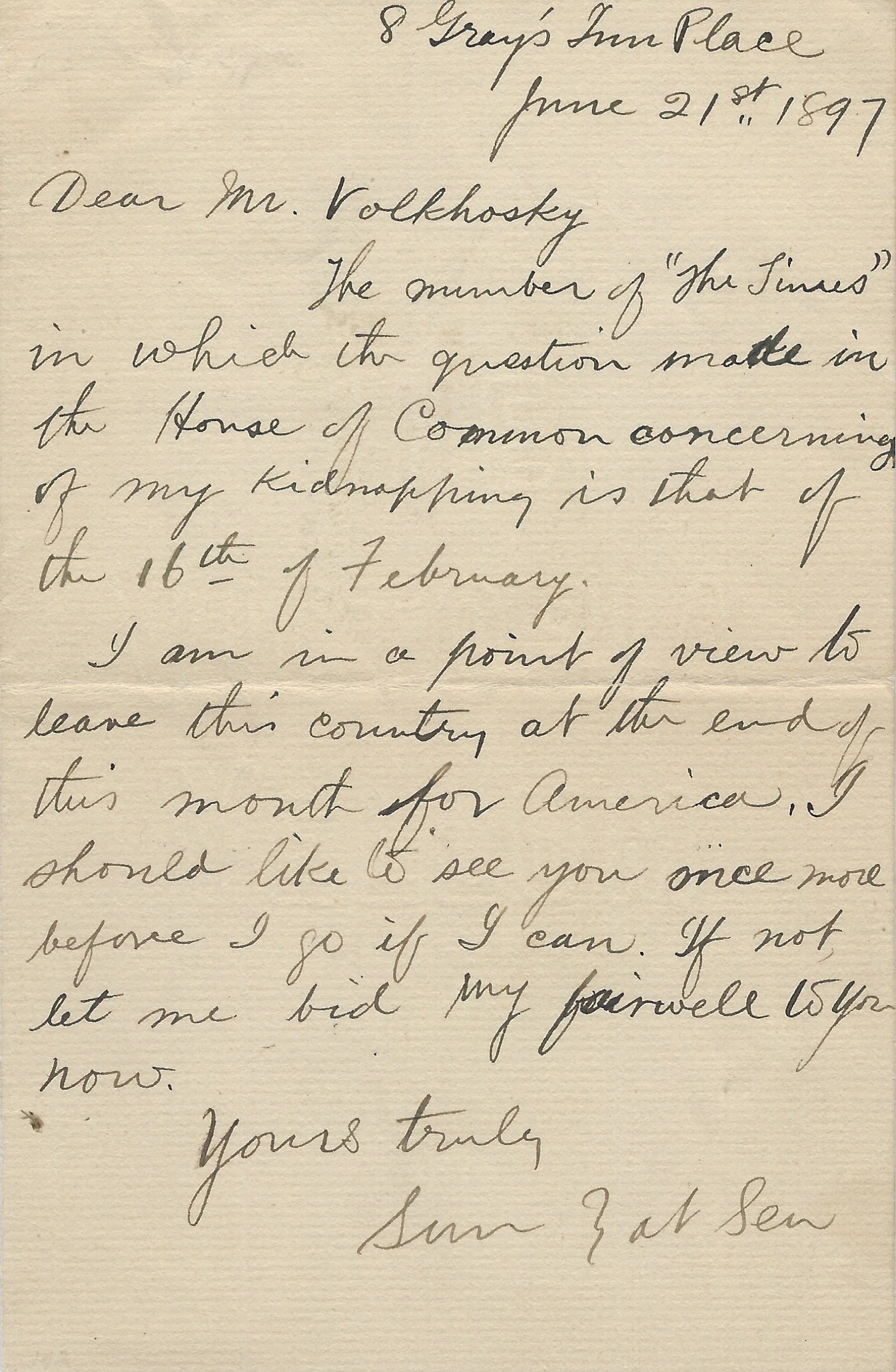 Extremely rare letter, about his 1896 kidnapping

An extremely rare autograph letter signed by Sun Yat-sen, ‘yours truly, Sun Yat Sen’, June 21st 1897. The Chinese statesman writes from 8 Gray’s Inn Place (London) to Felix Volkhosky, in English, informing his friend that ‘The number of “The Times” in which the question made [sic] in the House of Commons concerning of [sic] my kidnapping is that of the 16th of February’, and announcing his intention to leave for America at the end of the month, whilst hoping to see Volkhosky once more (‘If not let me bid fairwell [sic] to you now’). Written in dark fountain pen ink. In very fine condition.

Felix Volkhovsky (1846-1914) was one of several Russian political exiles that Sun Yat-sen met in London when he arrived in 1896. Volkhovsky was editor of the monthly journal of the Society of Friends of Russian Freedom, Free Russia, having previously spent seven years in solitary confinement in St. Petersburg, and eleven years in exile in Siberia before he eventually managed to escape to Canada under a pseudonym, arriving in London in 1890. Volkhovsky’s experience and knowledge were hugely influential and inspiring to Sun, who inscribed a copy of his book Kidnapped in London to him, suggesting in an accompanying letter now in the Hoover Library that the Russian may have helped him with the book.

Accounts of Sun’s kidnapping and imprisonment at the hands of the Chinese are well documented, if sometimes contradictory, but the role of Hugh and Mabel Cantlie in freeing him is undisputed. Although The Times held back from printing Cantlie’s first report of the incident, the newspaper’s journalists were prominent amongst the crowd that surrounded the Chinese legation, and the day after his release he wrote to the paper thanking its readers for their support. This helped his fame to spread worldwide, and greatly improved his fundraising prospects.