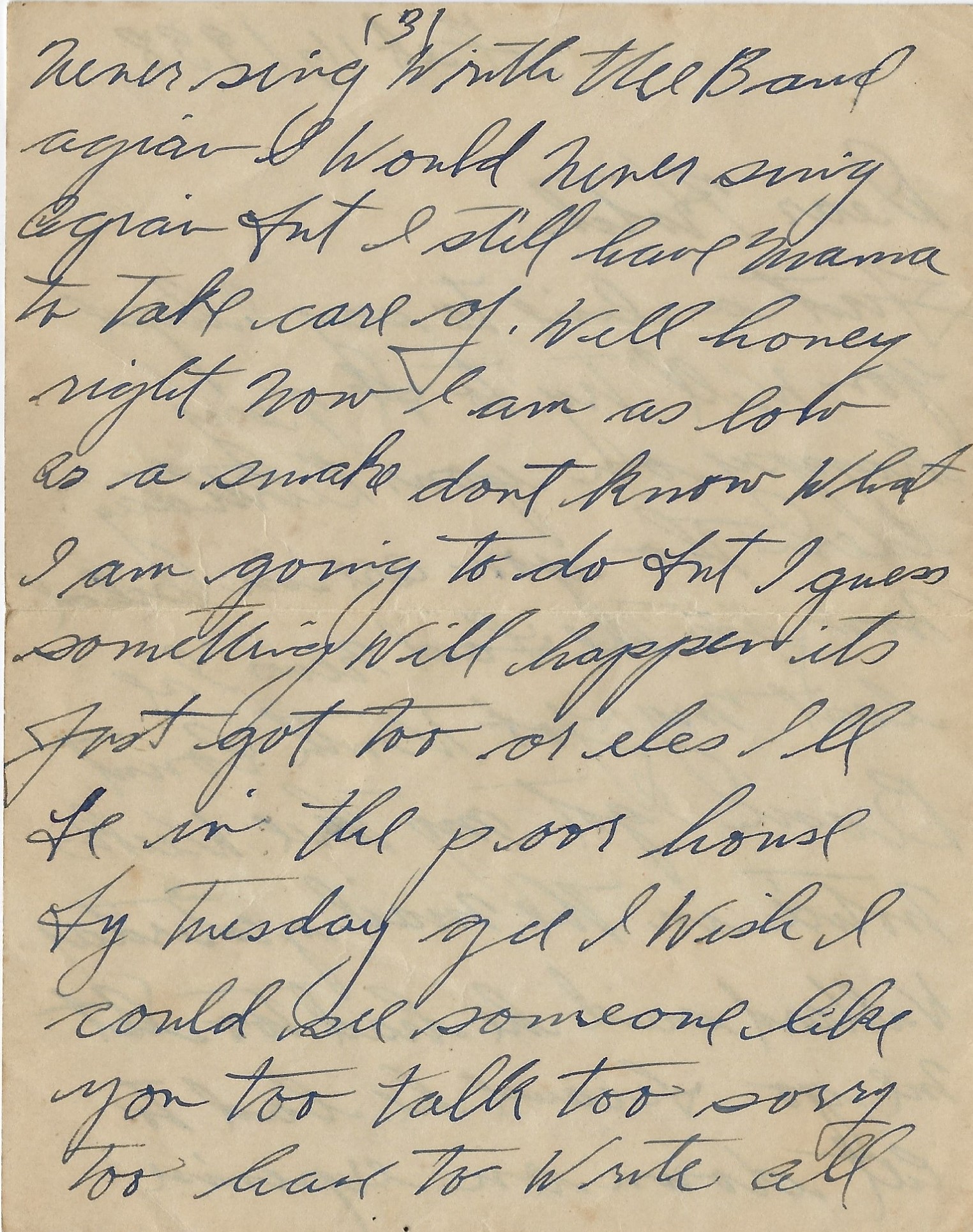 Sacked by Count Basie, Holiday writes in 1938, ‘I would never sing again, but I still have Mama to take care of’

The singer writes to a friend, Hotch, opening, ‘Just a line to say I hope you will try to be very happy on your birthday even tho you are in school.’ She goes on, ‘Now for the bad news. I’ve  lost my job with Count Basie. I got my three weeks’ notice in the mail yesterday. Willard said he had too [sic] let me go because he had to cut down on expense, but that’s not it. I cussed John Hammond out at rehearsal before we went in Iowa State, an after that he gave a party but I wasn’t there. We haven’t spoke.’

Holiday goes on, ‘An another thing, I owe him some money an haven’t been able to pay him. Well, I didn’t accept the three weeks’ notice, and when the band left this morning I was slup because I could never sing with the band again. I would never sing again, but I still have Mama to take care of. Well, honey, right now I am as low as a snake, don’t know what I am going to do, but I guess something will happen, it’s just got too [sic] or else I’ll be in the poor house by Tuesday. Gee, I wish I could see someone like you too [sic] talk too [sic]. Sorry, too [sic] have to write all these things down but you’re my friend an I had to tell someone. Will sign off now. Please write soon. As ever, Billie.’

An extraordinary emotional note from the young singer. Various reasons have been given for why she Holiday was fired by Count Basie in 1938. Jimmy Rushing, Basie’s male vocalist, called her unprofessional. According to All Music Guide, Holiday was fired for being ‘temperamental and unreliable’. She is said to have complained of low pay and poor working conditions, and may have refused to sing the songs requested of her or change her style. This letter, however, implies some tension between Holiday and the impresario John Hammond, and also an issue of a bad debt held by the singer. A unique and moving artifact from Holiday’s early, tempestuous life and career.