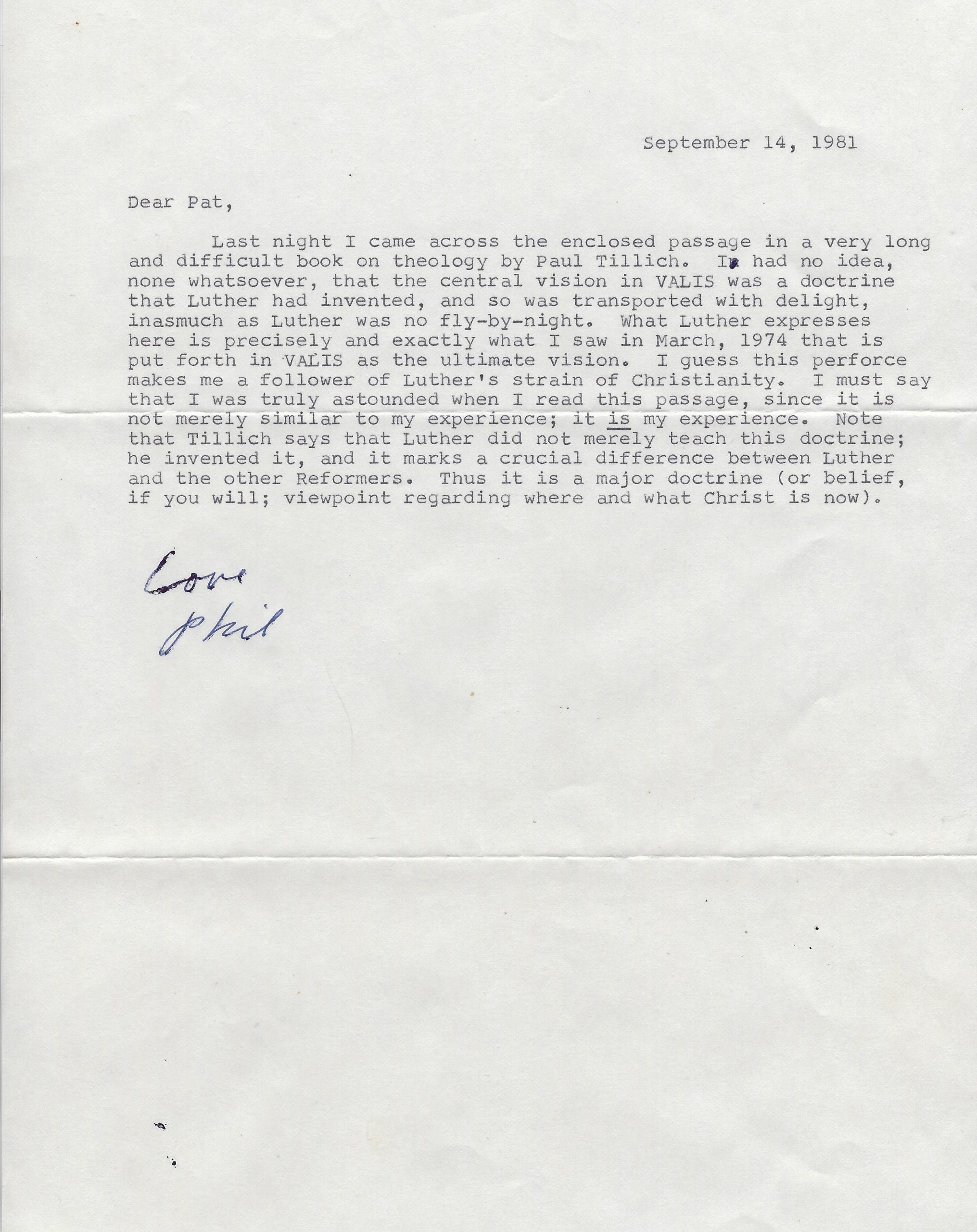 The author writes to science fiction writer Patricia Warrick, ‘Last night I came across the enclosed passage in a very long and difficult book on theology by Paul Tillich. I had no idea, one whatsoever, that the central vision in VALIS was a doctrine that Luther had invented, and so was transported with delight, inasmuch as Luther was no fly-by-night. What Luther expresses here is precisely and exactly what I saw in March 1974, that is put forth in VALIS as the ultimate vision. I guess this perforce makes me a follower of Luther’s strain of Christianity. I must say that I was truly astounded when I read this passage, since it is not merely similar to my experience; it is my experience…’ Together with the photocopied passage that Dick refers to in his letter, and together with the original envelope. In very fine condition.

In the months of February and March 1974, Dick, while convalescing from an impacted wisdom tooth, began to experience a series of hallucinations. He later concluded that his thoughts were being invaded ‘by a transcendentally rational mind’ which he referred to as ‘Zebra,’ ‘God,’ or ‘VALIS.’ His experiences became the basis of his 1981 sci-fi novel VALIS.